Serge Jeudy, or the focus on reaching full potential

Here’s your chance to learn more about this creative, innovative and relentlessly curiousthinker, a true renaissance man, whose research laid the foundations for inpowr.


FRANCE : a love affair with sports

Born March 7, 1946 in Hamanxard Val D’ajol, Serge Jeudy grew up in the French countryside, at a time when the nation was still reeling from the destruction of the Second World War. At age eight, when his family moves to the city of St-Die, he is a curious, inventive child with a thirst for knowledge. A heavy reader, around age twelve, he develops a passion for astronomy, and builds a homemade telescope from scratch, to explore the moon and stars. Small and swift, he excels in every sport. He is an avid cyclist and rock climber, before finding his calling in track and field.

In 1961, at 15 years old, on the day he breaks the provincial record in the 600 metres event, a tragic bicycle accident changes the course of his life, leaving Serge Jeudy’s legs crushed and mutilated. He is only fifteen years old. The doctors pronounce his running days over, yet they misjudge the fierce determination of Serge Jeudy. Thanks to physical therapy and judo, he recovers, and resumes his training and love for track and field.

In 1965, at age nineteen, Serge enlists in the French army to complete eighteen months of compulsory military service. For the first time, he meets and talks with American soldiers deployed in France, who inspired him to pursue the American dream.

At the same time, Serge is offered employment by the French car manufacturer Peugeot including benefits that cover his housing costs, plus education for his technician degree, while he continues to train.

He chooses to remain in France until the student revolt in May 1968 when he leaves his country for good. A flight to Quebec is booked, and on a sunny Saturday in June 1968 Serge, along with his wife, son and only $120 in his pocket, lands in Montreal. The family is taken in by another family in the north of Montreal, and three days after arriving, Serge finds a job as a machinist. 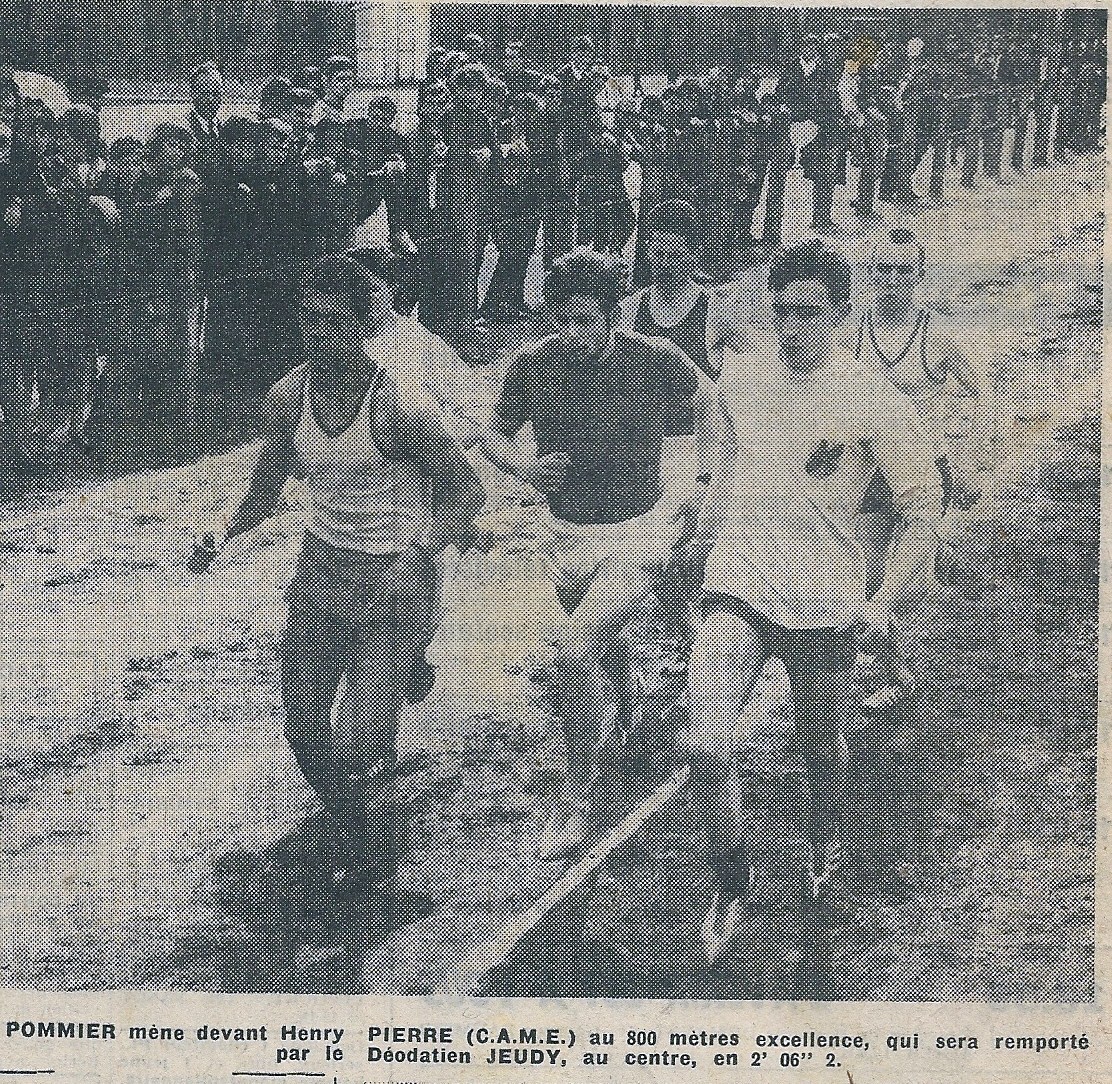 On a stroll through the city, during his first summer, Serge discovers a track and field competition in Jarry Park. Because he is not a Canadian citizen, he can only take part in the meet without competing. And yet, to the great surprise of the organizing committee, Serge wins the 400 and 800 meters, approaching the Quebec records in both events. After the meet, a member of the track and field team from the University of Montreal approaches him with an offer to join them. Unfortunately, they don’t come to an agreement and this marks a pause in his athletic career.

Between 1968 and 1970, Serge is concentrated on work and building a life in Quebec, until events once again take a turn. In 1970, he meets Jo Malléjac, who pushes him to start training for the 1972 Olympic Games in Munich. The shift back to training is not an easy one, but Serge sticks with it in order to qualify. Between work and training, he accepts a contract by the City of Montreal North to restart the city’s track and field club. He brings about changes to encourage more participation and starts an elite league. Serge then takes on the role of community leadership, as well as the club’s publicist, speaker and organiser.

The year 1971 is definitely a busy one for Serge, who, while pursuing his athletic career begins teaching physical education at Laval College. He is then able to fulfil his ambition of becoming a teacher, a goal since 1963. 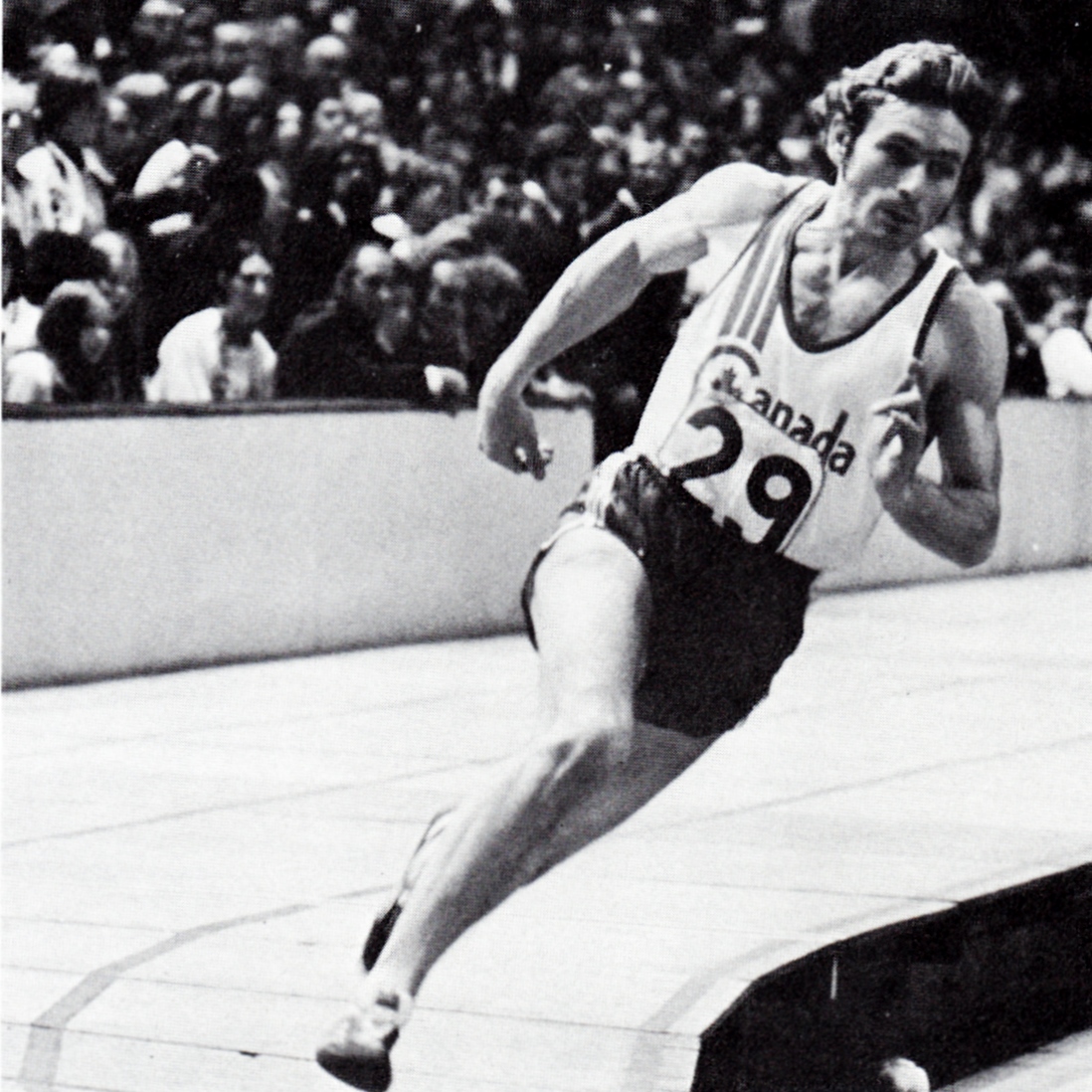 
Back to school and the beginning of inpowr


The thirst for knowledge and understanding …

In 1974, no longer in peak physical form, Serge decides to switch his focus from training to coaching, and enrolls in the Bachelor of Education in Physical Education at l’Université du Québec à Montréal. That same year, a decisive encounter with Yvette Volet-Genet at UQAM, will shake up his theories of human movement and improved athletic performance. Contrary to the biomechanical approach used by Serge, Volet-Genet advocates a developmental approach focusing on personal and contextual factors such as balance, coordination and reaction time. .

Eager to incorporate a developmental approach into sports training, Serge studies the body movements of his grade school pupils, as well as his high-level athletes.

In 1976, he develops a list of personal questions on physical, mental and social well-being to improve athletes’ muscle movements for athletic development. Without fan fair, the first stages of inpowr arrive on the horizon.

In 1978, Serge completes a Bachelor of Education in Physical Education. He goes on to pursue graduate studies finishing with a master’s degree in education in 1984. As a student, he attracts attention, and that same year, is invited as a lecturer for the Department of Kinanthropology, where he continues to teach until 2003. His course load includes: Mesure et évaluation en activité physique, Stratégies d’intervention et d’animation en activité physique et sport, Didactique de l’éducation physique scolaire and Athlétisme et gymnastique. He brings to the program a concept of individual well-being based on intra-personal relationships, physical environment, and relationships with other people. He begins advocating for a developmental approach in sports.

That same year, he launches a technico-motor training laboratory with a simple concept: a treadmill and a closed-circuit camera. The lab is used extensively by male and female athletes on the Canadian race walking team. Thanks to this program, software is developed to track and assess athletes in order to compile evidence based statistics.

1978 is a boom year for Serge, named president of the Jeux du Québec for Montreal North. He will remain at the head of the organization until 1982. During these years, he publishes dozens of articles on sport instruction as managing editor of the sport section for the magazine Vidéo-Presse, an encyclopedic style magazine for schools.


Master’s thesis and the birth of inpowr

Serge’s time at UQAM brings several key people into his life and research. Among others, Jean-Claude Brief, then professor at the Faculty of Education and a specialist in Piagetian theory of cognitive development. Brief marks a turning point for Serge’s research. Deeply interested in Piaget’s work in developmental psychology, Serge had previously adapted some of his theories to his own concepts of body oriented development. Brief’s work will allow Serge to deepen his research and arrive at more conclusive results. To this day, he maintains that Jean-Claude Brief’s mentoring role was decisive in the evolution of his thinking on personal development.

By 1980, Serge is well known in academia. Already in charge of remodelling the bachelor’s degree program in physical activity, for sports in community, industry and schools. In 1981, he’s put in charge of updating the class lectures on maladjusted childhood.

In 1984, Serge defends his Master’s thesis, titled Études des raisons qui poussent les gens à courir de longues distances et identification des bénéfices qu’ils en retirent. In sum, the conclusion of Serge’s thesis states that physical activity done with passion brings balance to one’s physical, as well as mental and social spheres. His thesis is awarded an excellence distinction by the jury, and is later praised by the French essayist Albert Jacquard. This body of work remains significant to this day, and is the foundation upon which inpowr is based. 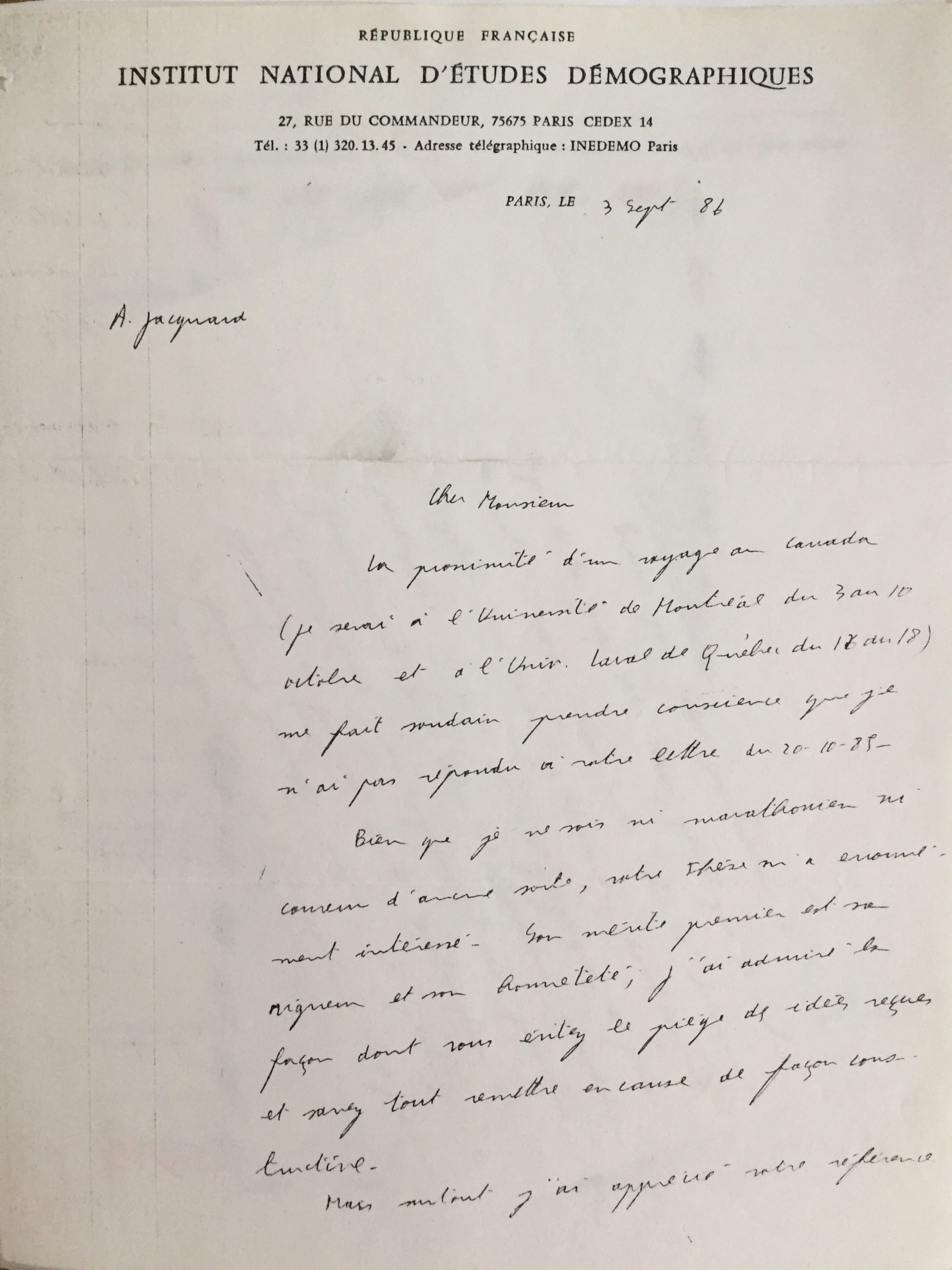 A catalyst for change

Throughout the 70s and 80s, Serge travels across Quebec giving dozens of lectures on topics such as youth sports awareness, and the link between physical activity, lifestyles and health. He also produces a theoretical framework on the development of motor skills in sports from beginner to elite.

In the 70s and 80s Serge trains athletes in several disciplines: artistic and rhythmic gymnastics, track and field, race walking, barrel jumping, wushu and weightlifting. He also coaches athletes at the Olympic Games in Montreal (1976) and Los Angeles (1984), at several World Cups (1983, 1985) and at the Commonwealth Games (1986).

Though his training techniques are unconventional, in the 80s Serge is asked to coach several trainers of elite athletes. He then becomes a Master Coach. His role is to develop a training program with the athlete’s coach and share expertise to improve skill. In 2018, Serge works with several coaches and their athletes, honing and improving their knowledge and abilities in order to improve performance.

On the subject of athletic assessment, Serge’s ideas are somewhat provocative. Generally speaking, it’s common practice to evaluate numerically. However, for Serge, the focus should not be on numbers, but on personal development. He evaluates only in order to intervene. A numerical score is not an end in itself, but an indication of where an athlete needs to focus their attention. For Serge, the definition of well-being is simple. Well-being represents a balance between the physical, mental and social aspects of an individual’s life. However, while well-being is based in real experience, it is not necessarily perceived. Happiness is the moment when we are aware of our well-being. inpowr is based on this theory. As a tool, its purpose is to increase awareness of an individual’s reality. We measure to become aware. While each person draws his or her own conclusions, this well-being measurement foregrounds happiness perception, or “quantifies” an individual’s state in order to restore balance.


Since first landing in Quebec in 1968, Serge has lived many parallel lives. Athlete, coach and Master Coach, he continues to teach, helping others progress through their own learning pathway at all educational levels. Due to his love of teaching, he has repeatedly turned down full-time national coaching positions, so that his passion for sports has a wider reach. Today, although retired, Serge’s curious mind is still hungry for knowledge. Fascinated by mechanics and electricity, as well as plumbing, he has applied this knowledge towards the construction of his solar home. Candid, audacious, with a zest for life and sports, as well as research and teaching, Serge never runs out of steam. The quest for full potential continues.